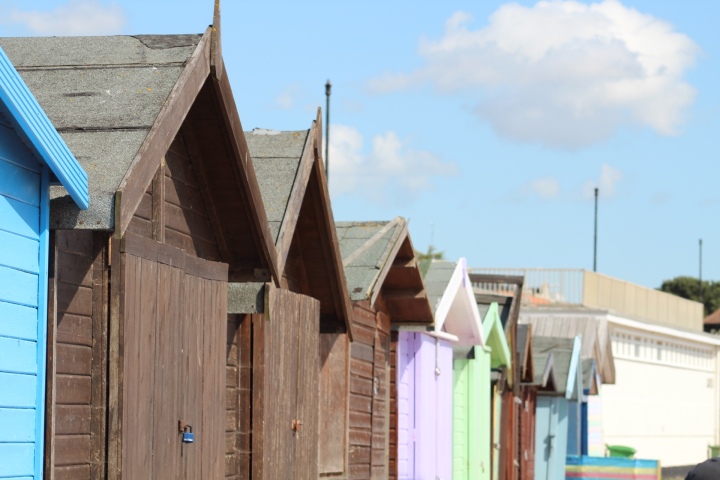 I never thought in a million years I’d give up work. I’ve always been a driven woman wanting to do my bit for the community but also get paid and have a ok living from it. That was until I had a child and even then I wanted to work. I wanted to be a good roll model I wanted to show I could do it, I could work and be a mum but it became impossible.

Childcare was difficult I had to rely on nursery two days a week as childcare and if Elijah was unwell I still had to pay the bill and take unpaid leave from work. It seemed he was always getting ill and with no alternative childcare I had to take unpaid or it was lucky I was on annual leave while he was ill. I had to keep taking leave as I had no flexibility to rearrange childcare to work different days so. In the end the pay wasn’t worth it. It wasn’t worth the stress of the job and the guilt of working for so little. I left mainly because of the stress and how it effected my mental health and I have to say it’s the best thing I’ve ever done.

I’m not saying run out there and quit your job because that would be silly. If it’s something you want to think about and discuss with your partner then do so but it’s not a decision to make lightly. We had always said one day I would stop working and it just came at a good time really.

James is self employed so he can go out and earn more money. As I left work James was in the process of taking on a lot of work and because I stopped working that meant James could start and finish earlier getting more jobs and more money. He was no longer doing the nursery run and was also visibly less stressed from not having to sit a car for a hour and half a day. We are financially better off. James has full flexibility now as I’m home to watch Elijah and it’s made such a big impact.

My mental health is miles better. I’m no longer on the edge waiting for something to push me off. I still have down days but they’re nothing like they used to be. I don’t stress about made up situations and scenarios in my head about work. I don’t worry about money. I don’t worry I’ll get fired if I or my son feels ill and can be there for my family when they are ill. I don’t have too much to worry about.

My relationships are better. I have more time to see my friends and too talk and I also communicate through texts more. My friendships are stronger than ever and I’ve even made more friends. My conversations are no longer me staring off into distance as I’m stressed wanting to leave because I’m exhausted and don’t have the mental strength to maintain or care about anything said to me. I’m able to fully input into a conversation and have some positive things to add into a situation. My family ties are stronger as I’m not so stressed, I’m not uptight as much and enjoy being in my family’s presence and making more time for it.

My family life is better. I feel like a mother. Not a part time care giver. I spend everyday with him now and have gone from sometimes not seeing him for 24 hours to not missing a thing. I’m not exhausted from work anymore so I have the energy to chase Elijah around, to play and teach him. I take him out more and it’s positive for both of us. It’s now we bond and learn together having fun every step of the way. Me and James’s relationship grows stronger everyday. For some reason I’ve found James is less stressed with me home. I thought it would be the opposite but he tells me it’s better and he doesn’t want me to work as he likes it. The house is tidy when he comes home now or little bits need doing so we have more us time. When Elijah goes to bed at 7 we have all night so we have more time to relax. We will watch a movie or tv series and cuddle on sofa, play a game or James will do work stuff at the table and I’ll read my kindle talking every now and then. Where was before we’d normally zone out and do our own stuff as I’d get home at 8 sometimes earlier and have to still do the clean up and cook and shower. I’d be exhausted and just flop onto the sofa with my phone and spend my perhaps hour of rest before bed ignoring life. We had breakfast together which used to be nice but it turned into a hulk it down so I could get ready for work while James got Elijah ready. Now we have time to be a family and sit down together it’s rare we don’t eat together now. James gets to come home and relax and we relax together. He still helps here and there but I try to get most of the work done and if we’re both exhausted I’ll offer to wash up the next day. The nicest thing is we talk more and on his days off have family time where we are all present in the moment not exhausted and thinking of other things.

The households more maintained. I have time to keep the house tidy and not just clean. I have time and energy to do decorating with James when we want to. The thought before of using my crucial time of to paint a wall made me feel physically sick. I cook more nutritious meals from scratch. I plan ahead and I’m now organised. We enjoy our home more than we used too. We also go out more too and have more guests over as I’m not embarrassed by my house.

My health is improved as I look after myself more. I don’t binge eat at work on lunch breaks from the chippy or Chinese with a dessert of chocolate every time I’ve had a shit day. I take time to look after myself. I have time to exercise. To take my tablets on time, to eat right and to be able to have time to relax and have a self care/ skin care regime too.

I do however miss my work. I miss colleagues and having a laugh with the girls. I miss having a career. I miss having somewhat a important role. I miss learning and adapting to change. I miss having me time on the way home from work and my lunch breaks. I miss being Charlie when everyone didn’t just ask about Elijah, they asked about me. I miss feeling proud to be a mum making her own money.

I don’t like asking for money. Christmas is going to be hard for me as I don’t want to ask for money to buy James his own presents. I feel degraded and I don’t think I’ll ever get over it. James doesn’t mind but I hate relying on someone else and it gets me quite uptight. I also get defensive if I’m told no because I can’t just get it with my own money now. Rarely I’m told no btw and I’m not a gold digger so calm down If that’s what you where thinking.

My tired is a different tired. I’m exhausted from a child that takes every inch of my energy. He’s demanding as hell and although I love the time we spend together he can’t half be a pain in the ass.

I get lonely. If I don’t have plans for a few days in a row I get lonely. Even with Elijah I feel alone and like I have no friends even though I know I do. I also get bored easily and want to do something different all the time.

I hate the stigma that comes with being a stay at home mum. It’s like all the years of working have been for nothing. It’s like your worthless because you’ve decided to stay at home and look after your family. People don’t respect you. They think your lazy and have life easy. Having done both, working and staying at home I can say working was easier sometimes and work stops motherhood doesn’t. There’s no home Time when things get tough or calling in sick because you’re having a bad mental health day or chucking your guts up. There’s no lunch break and nobody to help.

Overall I am lucky to be given the opportunity to stay at home and to have such a loving, hard working husband to provide this life for us all. Sometimes I miss working, sometimes I don’t but for now it’s been the best decision we’ve made.